Sustainability is the ultimate goal of conservation, for the most part. But that word is used so often, along side “development”, “production”, “coastlines”, “fisheries” and many others, that the ‘big picture’ of sustainability can sometimes be lost.

Here at Marine Conservation Philippines, sustainability is all of these things. It is making sure that communities have plentiful and well maintained natural resources that they can rely on for the long term. But, more than that, sustainability is a legacy, it is making sure that actions to safeguard nature and communities will continue for the long-term, regardless of what happens to MCP.

Now, that’s not exactly the best business model, essentially working ourselves out of having a job; but, local people and government being dependent on us, is pretty much the opposite of a lasting impact.

And so, for all the ups and downs, for all the…. challenges…. alongside those moments where you have to fight-off grinning like an idiot, we are working toward that goal – making sure that whatever happens to MCP, this province has the skills to maintain and monitor the coastal environment – by training the government to do everything that we have achieved over the passed two and a half years.

This is part of a – here’s that word again – ‘bigger picture’ we have at MCP. This bigger picture is that: we can certainly achieve a lot with the remarkable people that join us as volunteers and interns, but we are not everywhere and we don’t have infinite resources. To make sure that what we are achieving can both continue without us, and also spread across the country we need to take our successes, package them up and train local people how to recreate them – and who better to train than the Department of Environment and Natural Resources?

The DENR are a department that is responsible for monitoring what seems to be every kind of ecosystem that exists on the island, seriously, everything, even caves. They do it surprisingly well too, given that even they don’t have all of the resources they need and, the team that monitors everything (a surprisingly small team to survey EVERYTHING) have taught themselves what to look for and how to monitor it.

To go immediately from a PADI Open Water/Advanced course to surveying cryptic invertebrates is not an easy task, it’s something that we spend weeks of intensive training on for volunteers and interns. To do it without any expert advice is incredibly difficult, and yet to some extent, that is what the 5 people we have been working mostly with have done.

But here we are approximately 6 weeks after the first round of training, in which we looked out at some slightly confused and worried faces – largely to do with my penchant for too much information. But the change after those six weeks has been remarkable. We started with a team that had some skills with recognizing what they saw and how to record it, but perhaps not fully understanding all the finer points of the surveying, or the dive skills and the organization of it. But what we have now is a team that has military precision… on island time.

A team like that is great for us to see, but it goes well beyond how happy we are. That team is now more than capable to survey the province, that means ALL of the marine protected areas and the protected areas to be. That team is the embodiment of what we can achieve throughout the country, and, with a bit of practice, get along better at training along the way.

The bigger picture: if we were to disappear tomorrow, it would suck, but we would know that that local team, and the people that they may go on to train to be as efficient as them, will still be there, and the marine environment will still have skilled people looking after it. Actually, its better than that, there are skilled people, who are from the area, who have memories of the environment and are emotionally invested in it, looking after their home. 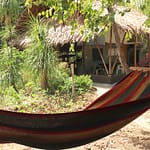