Kindly note the below projects are described at various points in the development by interns working on them.  Please do not assume you can jump in exactly where the description leaves off. Other projects may have been initiated, and some of these may have reached their conclusion by the time you read this.  Kindly discuss with your internship supervisor at MCP the particulars on your internship.

Communities play a central role in the protection of their environmental resources, they are after all the ones which most rely on it. For that reason they are amongst the most affected when the health and productivity of the environment declines.
Local coastal communities often take the brunt of the blame for the decline in coastal health as they are at the frontline, interacting with the ecosystem on a daily basis. Yet, the very same people are the key for a sustainable future, they are amongst those most heavily invested in maintaining a healthy resource, and can be the champions that drive change.
In order to generate the understanding and demand for sustainable, healthy ecosystems, MCP works with communities at all levels:

Coral reefs are a highly efficient yet sensitive ecosystem with a great number of organisms performing niche functions that, when in balance, all contribute to a healthily functioning reef. Today, however, coral reefs are under an increasing amount of pressure from environmental changes (e.g. global warming) and anthropogenic stresses (e.g. over fishing and agricultural run-off) which can lead to changes in the effective functioning of the reef. My project focused on developing a method to monitor hard coral bleaching and fluorescence which can be an indicator of a reef under stress.

Hard corals are colonial animals that secrete a white calcium carbonate skeleton. They have a mutually beneficial symbiotic relationship with a group of photosynthetic algae called zooxanthellae which live within the cells of the algae.Through this symbiosis, the algae gain a safe, sunny place to live and the coral host can use the sugars produced from the zooxanthellae’s photosynthesis as food. In fact, a coral can gain up to 90% of its food from the zooxanthellae.

However, when a coral becomes stressed, this beneficial relationship breaks down and the coral host ejects the zooxanthellae. As the algae also gives the coral its colour, once they are ejected the coral appears white as the calcium carbonate skeleton can be seen underneath the transparent coral tissue. The coral does not die when it bleaches, as can still catch food using its tentacles, but this cannot be sustained for a long period of time and eventually the coral will starve to death. If the coral stressors are removed at an early enough stage, the coral can regain its algae and slowly recover back to health. Some coral individuals glow a bright fluorescent colour prior to bleaching and this fluorescent protein is thought to act as a chemical sunscreen to protect the coral.

This project focused on developing a method to monitor bleaching and fluorescing corals in a way that was suitable for volunteers to perform. It seemed as if bleaching had been increasing over the last few months so I wanted to see if the corals are recovering or dying and over what period of time. The dive site ‘Kookoos’ was selected as a pilot site as a lot of bleaching and fluorescing corals had been noted there. 20 bleaching and 20 fluorescing corals were tagged in a relatively small area in the depth range of 9-13m. Each of the corals were photographed and identified to species level where possible. The corals will be monitored weekly until enough data has been collected to determine the frequency corals need to be monitored to see noticeable changes. The factors being recorded are: percentage of the coral colony that is bleached, the amount of fluorescence, percentage of the colony that has been recently killed and any other observations about the coral’s health (e.g. predation). These values should indicate how the bleaching changes over time and if the coral’s health is improving. Photographs of each colony are also taken for a visual show of how the bleaching or fluorescence has changed. Once this pilot monitoring program is well established, future plans for the project is to extend the monitoring to different depth ranges (15-19m and 3-7m) to see if the recovery/mortality rates are different and to tag corals across different sites. This project has been very interesting yet challenging and I look forward to what results it may offer. If successful, hopefully it can one day be incorporated into MCPs long-term monitoring program or that information gained by such a project can be used to help protect and keep the reefs of this area healthy and protected.

This project focuses on coral propagation- basically, growing corals. With corals facing increasing threats it is essential for us to do whatever we can to encourage the survival and growth of as many corals as we possibly can.

One aim of this project is to establish coral nurseries at three of our dive sites. These nurseries will serve as a repository for healthy corals that can be transplanted into areas of the reef where they are needed- to rehabilitate reef damaged by storms or bleaching, or simply to increase biomass and diversity.

Another goal is to teach people how to rescue damaged coral. Coral which has been damaged by storms or boats, or has been kicked by careless divers or snorkelers and is laying in the sand has little chance of survival. However, if it can be secured in place on the reef in a favourable location then it is likely to thrive, so site selection as well as the proper techniques for handling and securing the coral to the reef are taught to the volunteers that help on this project.

Once the nurseries are established and a handful of staff members are trained on the proper techniques, it will be time to get the local community involved by having coral propagation workshops open to whoever wants to attend, but especially focused on the youth. This is an important aspect of the project as it will allow locals to become invested in protecting and restoring their coral reefs without assistance from MCP.

MPAs and the Local Fisherfolk Community

This project explores how we can communicate with the local fisherfolk about the benefits thats MPAs (marine protected areas) can provide for them– namely providing them with a larger catch outside the boundaries of the MPAs. The overall hypothesis is that MPAs can restore fish populations that have been depleted due to overfishing and can start a spillover effect. A spillover effect occurs when fish levels rise within an area and forces them to expand their area, thus providing larger fish catches outside the MPAs. At the same time this project examines the effectiveness of MPAs by exploring how well enforced they are. For example if they have a coast guard (banday dagat) at the MPA, if there is a boat patrolling, if there is a local fisheries association to look after the local MPA etc. Furthermore, this project looks for differences in fish abundance, diversity and biomass between fish catches and underwater transect surveys.

MCP is investigating this by interviewing fisherfolk about gear, where they fish, time spent on fishing, fish species and catch size. This project is based on fish catch monitoring and CPUE (catch per unit effort – fishing effort), which will give an idea of where they get the biggest catches. We also use underwater fish surveys to compare the fish catch diversity on land with the diversity found through underwater surveys.

It is vitally important to explore and understand how to establish effective MPAs. If one wants to have effective MPAs it is necessary to understand what gear is used, what species are fished, what fish exists in the area and so forth. By undertaking regular monitoring of fisheries, we can find signs of any overfishing that occurs. Constant and continuous underwater monitoring provides an idea of how well the MPA is functioning. 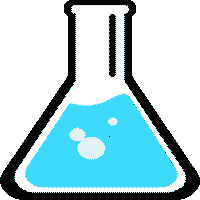 Active independant research role working under a supervisor. You are postgrad, or enrolled in a BSc, MSc in oceanography, marine biology, conservation science or similar relevant field. 16+ weeks. 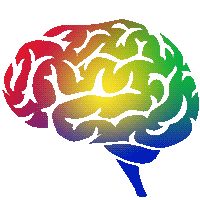 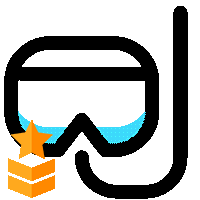 An internship for a current PADI instructor (or if you wish to undergo training to become one.) For some candidates this starts with a divemaster internship slowly transitioning into becoming an instructor apprentice. 10+ weeks.