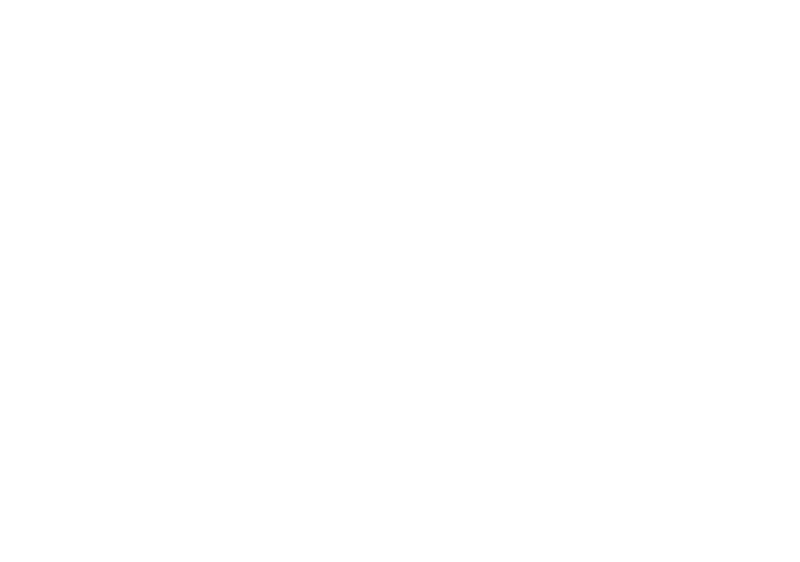 We stood around a feast of seafood, noodles, curries and rice, and smiled at each other as Neil, the president of the Fisherman’s Association of Andulay, explained to us the rule of sharing this meal: you must stick your hands right in to enjoy. As we started digging into the beautifully cooked meal prepared by the local women, we all laughed, ripping off pieces of the leaves that held the different food and still trying to locate plates to eat off of.

On the first of September, Marine Conservation Philippines (MCP) held a community day with the local fisher folk of Andulay, a village close to base and the location of a Marine Protected Area (MPA) where we go diving at least once a week. This event was our way to better connect with the community and demonstrate our appreciation of diving in their backyard so often, while also being able to show what we are doing when we go under the water. We divided into three teams for the day: a group of volunteers to educate and spend the day with the local children, a group of Divemasters in training to take the adults Discover Scuba Diving, and another group of divers to remove an overpopulation of Crown of Thorns in the MPA.

The education group began the day with personal introductions with the kids, and sharing the drawings of animals, corals and invertebrates we spent the week making for them. Since they were a bit shy and didn’t know too much English, we talked with them about what each organism was, which varied from soft corals to squids and jellyfish to titan trigger fish and turtles. We also practiced the hand signs we use underwater to describe when we see each creature during a dive. When about all thirty children arrived, we officially started our day with a couple of games such as “Whale Whale Shark” (also known as Duck Duck Goose) and trying to crack smiles on their stoic faces by dramatically saying mahal kita which means “I love you” in Visayan, the language spoken in the region. The kids were so fast during the first activity, that us volunteers had to pick another one so the unlucky person in the middle could get some relief from five or six rounds of sprinting in the sand! Then, watching the children try to force down giggles while saying “I love you” forced us all to get a little bit goofy.

Once we got them comfortable spending time with us, each volunteer took a group of kids on a scavenger hut for specific types of marine debris that can be found along the beach, and they did amazing! If the local children always joined us on beach cleanups, we probably would get twice the amount of trash than we normally do. They had no hesitation of grabbing and searching for what didn’t belong, but we also had them gather shells to caution them about the danger of collecting things that belong in the sea. The beautiful shells that they see for sale in shops could also be the potential home of an animal, such as a hermit crab. Our final activity was everyone’s favorite, and had us separate the kids into our monitoring groups: substrate, invertebrates and fish. We each taught them a little bit about the animals in each category, and demonstrated how they act underwater and had them try to imitate. After they had that down, they acted out how they (the animal) would react to plastic pollution in the water. The children practiced first in their individual groups, and then all came together in their “ecosystem” to show their parents how the underwater world lives, both normally and under the suffocation of plastic pollution.

While we were spending time with the kids, another group of divers were taking the parents and other local adults underwater to experience a totally different world that they had never visited before. The Discover Scuba Diving course is made for people who have never experienced scuba diving and do not have any licenses, and can use it as a way to determine if they want to pursue an Open Water certification. The nervous, inexperienced divers were a bit hesitant at first, but as they descended underwater the Divemasters watched as the participants eyes widened in the wonder of the beautiful reef below the surface. Although they only went to a maximum depth of four meters, there is a beautiful and diverse shallow reef in the MPA and a lot to see. After surfacing from the dive, one of the locals kept exclaiming “Salamat! Salamat!” to Paige, a divemaster in training, which means “thank you” in Visayan. Although they knew the amount of wealth it held below, being down on the reef firsthand with the living fish showed them how precious a gift they have right outside their doorstep. 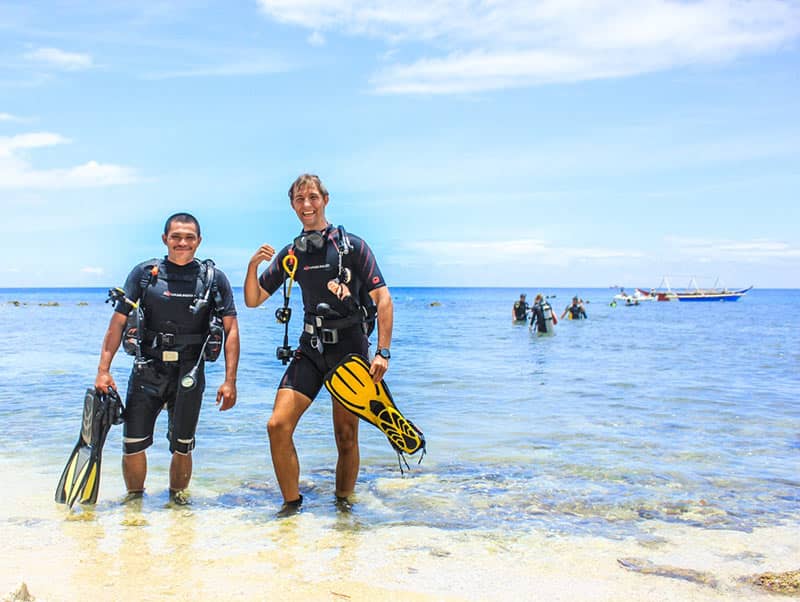 As they were spending time exploring, the third group of divers had belts of vinegar in preparation for Crown of Thorn (COT) removal. These creatures, a part of the sea star family, are normal to have on a reef as they are part of the predators who dine on specifically diseased coral. Their niche involves preventing the spread of disease that can wipe out a reef. However, if there are more than about 40 per hectare, there won’t be enough diseased coral to feed on and healthy corals will be at risk of being killed. Therefore, MCP determined there needed to be careful removal, having only experienced divers with good buoyancy removing the venomous-spined creatures completely from the water in a specific time period after aggravation to prevent spawning of the animal into hundreds or thousands of tiny CoT. This was done by injecting the animal with 20 mL of a specific type of vinegar to slowly kill it, and then remove it in an orderly fashion. By the end of the day, all the divers had collected about 200 of these coral predators! Although happy to have had the experience, some of the divers were sad about having to kill marine animals. It was an important lesson to recognize when to physically intervene while being a part of a marine conservation group, and when to allow nature to take its course. 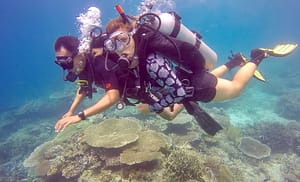 After the play by the kids and the first COT dive, we gathered around the palm leaf-covered table with food in our hands and chatting amongst ourselves and the locals. Although we spent only a few hours of our morning together, the children went from shying away from conversation to pulling us into the water with them. We spent at least an hour swimming to the guard boat anchored father out, and jumping in and around it with the kids and a few other volunteers. As we chased them around the boat and soaked up in the sun, I could feel my face hurt from smiling. The inexperienced divers came out of the water feeling rejuvenated by the sea and the creatures below, and by the end of the day the divers removing the predators felt accomplished by the learning experience of conserving reefs properly. A somewhat short but very fulfilling Saturday has definitely become one of my favorite memories thus far. 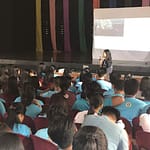 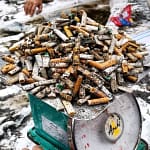